As the late Roger Ebert infamously stated in 2010, “video games cannot be art…no video gamer now living will survive long enough to experience the medium as an art form.” The comment was in response to a TED Talk by game developer Kellee Santiago on the topic of how the industry needs to get past its desire for artistic validation.

Santiago openly replied to Ebert’s critique, arguing against the need for “old media enthusiasts” to buy into interactive media. Skeptics cited Ebert’s personal inexperience with games, believing that his inexperience prevented him from approaching the subject in a critical manner.

The point had been made – game developers needed to push their tech and storytelling abilities to new heights. Advancements in motion capture technology have played a key role in breaking down these barriers between fiction and reality.

Motion Capture, or MoCap, is the recording of movements made by actors for use in 3D modeling. Its origins can be traced back to the early 20th century with a technique called rotoscoping, whereby artists would reference and sometimes trace filmed still frames of live actors to better craft realistic characters.

With advancements in technology, modern motion capture offers animators access to unprecedented levels of realistic human emotion. While in use across a variety of disciplines, including the military and life sciences, it’s MoCaps use in the game industry that will help change the perception of interactive storytelling.

The number of game studios effectively using motion capture is too great to mention in a single article. For the purposes of demonstration, I’ll reference the recently released The Last of Us to showcase the importance and impression of today’s motion capture technology.

The Last of Us presents one of the most believable casts of characters in gaming today. The developers at Naughty Dog recognize the dramatic effect provided by well-crafted motion capture. 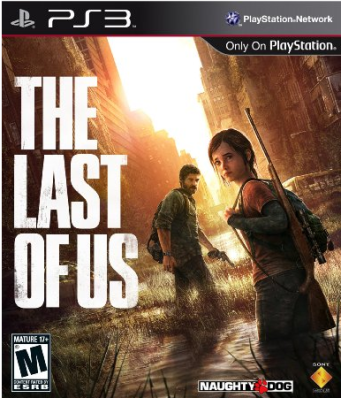 The leap from raw MoCap footage to final animation is phenomenal. In the following video, motion capture artists act out a tense scene from The Last of Us. The side by side comparison from live action to finished product shows how the process adds weight and impact to the movements of game characters.


MoCap artists Troy Baker, Ashley Johnson and W. Earl Brown act out a scene from The Last of Us.

The video below demonstrates a more iterative process, moving from raw capture through several stages of animation and polish. The effort to progress from stage to stage is demanding, but the speed has greatly accelerated compared to previous decades.


Catch a glimpse of the iterative process, from raw footage to animation and the final product.

The press responded to The Last of Us with critiques focused on the characters, the dialogue and the moral implications of the narrative. Respected gaming journalist Leigh Alexander commented insightfully on the industry’s need to continue creating compelling, creative characters.

The detail and weight behind each character’s movement lets players focus more on what is being said or done, as opposed to concentrating on the irregularities of stiff animation. Does that mean that all games should strive for realism? Not at all. Studios should continue to push the artistic boundaries that game development offers in all directions. For many, that creativity is more closely realized with motion capture.

Dan Noel is a San Francisco transplant covering music, video games and whatever is thrown his way. Follow him on Twitter:@Hurrican3Dan