Debuting new songs at the hottest Hollywood clubs, Iglu & Hartly front man Jarvis Anderson, has been making rounds performing solo. According to Simon Katz, Iglu and Hartly’s guitarist, the band is “officially on hiatus with no plans to record a second album.” Don’t fret Iglu fans. JARVIS’ new music has the same upbeat feel and consists of a more pop, commercial and club-friendly sound. We got to catch a live performance this past Saturday at Club Premiere. Accompanied by a professional dancer, he performed two songs, which were both well-received by the club-goers in attendance. 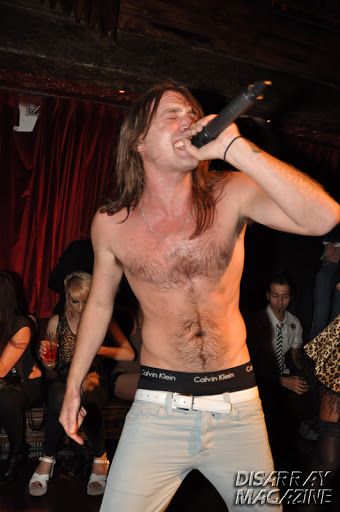 The majority of the night, attendees danced to Top 40 radio hit remixes and as soon as a shirtless JARVIS hit the stage with a model/dancer, the Hollywood crowd continued to party. The first song performed was titled, “Baby, Baby,” a fun and flirtatious party anthem where JARVIS sang, “Can’t you tell. We got something else. It’s all new. I need you… You are my new baby, baby. That’s right it’s you. Now come and dance with me baby, baby. Take a chance with me…” The song proved to be an appropriate soundtrack for the night, given we were 1. in a club and 2. surrounded by people flirting, dancing and drinking. 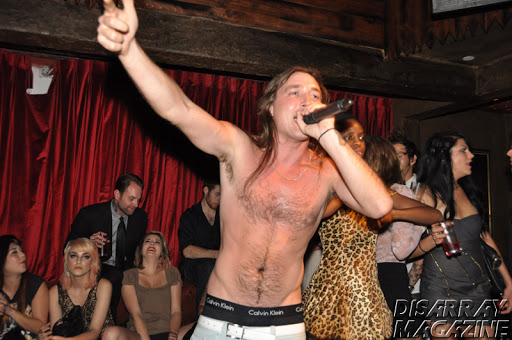 The second tune was a slower one, a ballad filled with falsetto hooks. JARVIS sang, “We gotta run together, with our hands in the air, and we’ll go where ever… No one’s gotta know about it all, because with you, I would die in your arms tonight.” By the looks of the girls swooning in the photograph below, we’d say they were definitely enjoying the performance.

Aside from performing shows around Hollywood, JARVIS has been collaborating with artists Dame 55, James Bourne and other talented musicians, putting together a catchy track and music video titled, “Millions.” For those who haven’t seen the video yet, it  has garnered mixed reactions. A few YouTube users expressed their sentiments:

However, not everyone felt the song was, “generic, boring and soul-less.”

You be the judge and check out the latest music video below:

Without a doubt, it’s a bummer when bands go on hiatus, but what music lovers get in return is new music. JARVIS has created new tracks, developed a new sound and is debuting them around Hollywood. Additionally, Simon Katz and Sam Martin have created a side project called Youngblood Hawke, named after the Herman Wouk novel of the same name.
Stay up to date and make sure to follow:
@JarvisUSA
www.youtube.com/theusaband
Other articles you might like:
Live Review: Iglu & Hartly @ The Music Box
Live Review: Iglu & Hartly at the Maloof Money Cup
All photos by Markus Alexander

Let us know what you think of Jarvis’ new sound!