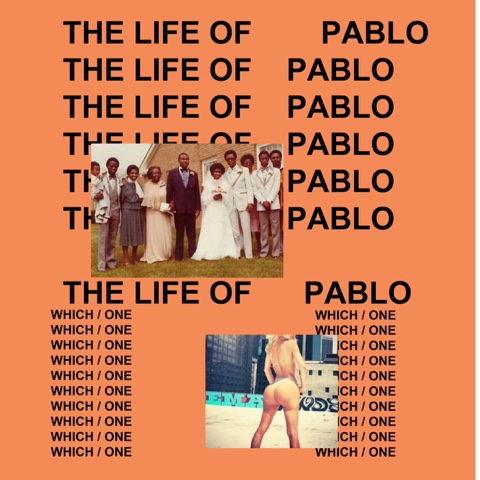 Kanye West – the visionary multi-disciplinary artist who has won 22 Grammy Awards, sold over 30 Million albums worldwide and has twice been named to Time Magazine’s 100 most influential people in the world –  today announces next steps in the groundbreaking windowed release strategy for his ‘living’ album project, The Life Of Pablo.
Kanye West recently released his seventh solo album, The Life Of Pablo, to universal critical acclaim. The New York Times, on its front page, declared: “With flux embedded in its DNA, “Pablo” is crisply alive, like water that’s still boiling even though the flame is off. Pay close attention to the multiple iterations and you hear an artist at work…It’s everything bared — process as art.” Rolling Stove raved: “a complex, conflicted masterpiece.” “His devotion to the craft of album-making remains his greatest talent,” Pitchfork mused. “Albums are his legacy…His ability to package hundreds of stray threads into a whole that feels not just thrilling, but inevitable – at this, he is better than everyone.” And USA Today simply asked: “Is Kanye West the greatest artist of the 21st century?”

The most acclaimed album of the year is also the most innovative album of the year. Released on February 13th exclusively with TIDAL, a newly updated, remixed and remastered version of ‘Pablo’ is now available for streaming with all streaming services, and for the first time is available for download at kanyewest.com. In the months to come, Kanye will release new updates, new versions, and new iterations of the album. An innovative, continuous process, the album will be a living, evolving art project. The Life of Pablo has truly taken on a life of its own.

“Famous” – the first official single and latest updated track from ‘Pablo’ – this week became the first track to live at multiple services, and instantly shot to #1 Most-Added at both Urban & Rhythm radio. Kanye continues to work with TIDAL on content exclusives as a part of his ongoing relationship and vigorous support.

Listen to “The Life of Pablo” here:
http://smarturl.it/LifeOfPablo