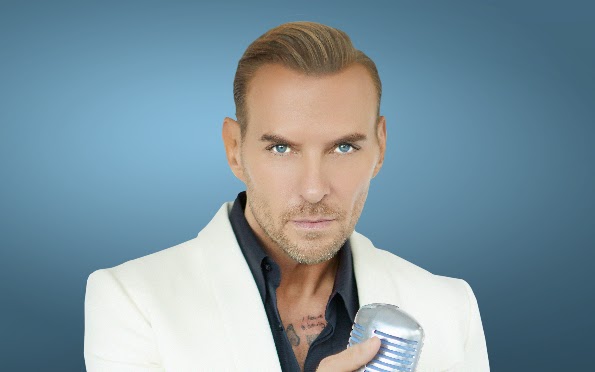 Hit entertainer and beloved showman Matt Goss will return to the Las Vegas Strip, headlining an extended engagement at The Mirage. “Matt Goss at The Mirage” is scheduled to debut inside 1 OAK Nightclub Saturday, Dec. 2 and will be the first of its kind in the venue.
Known for his impassioned performances that combine intoxicating vocal sets, big band instrumentals and old-school glamour, British-born singing sensation Goss’ sleek style and unparalleled ability to engage audiences embody the magic of Las Vegas’ classic lounge crooners. A favorite among visitors and locals, Goss’ talents have drawn comparison to the Rat Pack, and numerous accolades proclaim him “The New King of Vegas.”
Goss will bring his celebrated act – including multi-piece band, sultry backup singers and Dirty Virgins dance troupe – to a scintillating new live-music experience at The Mirage.
“Since I was 17, I’ve been singing professionally and entertaining audiences all over the world. And after all my incredible career highs, I can honestly say I have never felt more proud and excited to start my show, ‘Matt Goss at The Mirage.'”
Franz Kallao, general manager of The Mirage, said, “From his pure vocal talent to magnetic stage presence, Matt
Goss is one of a kind. We couldn’t be more excited to announce our partnership. His new residency will add something truly special to the guest experience at The Mirage and fans will love experiencing his show in this intimate venue.”
Tickets starting at $49.99, plus service charges, go on sale Friday, Oct. 27 at noon. PT. Tickets can be purchased at The Mirage Box Offices, online at mirage.com or ticketmaster.com, or by calling (800) 963-9634 or (702) 792-7777.

January 12 – 14; 16; 19 – 21; 23; 26 – 28; 30
February 2 – 3
Goss returns to Las Vegas after a recent engagement at the legendary O2 Arena in London, which sold out in a record-breaking seven seconds.
The singer-songwriter got his start in entertainment in 1988 as lead singer of the band BROS alongside his twin brother. He quickly became the youngest artist to sell out the world-famous Wembley Stadium, played a record 19 consecutive nights at Wembley Arena and performed twice for
Her Majesty the Queen. His debut album went platinum seven times, earned 13 Top Five hits and remained on the UK chart for an astonishing 84 weeks. Goss has sold more than 17 million records worldwide and achieved No. 1 records in over 22 countries. He has taken the stage at world-class venues such as Carnegie Hall, Madison Square Garden, The Royal Albert Hall and The London Palladium.
Over the past several years, Goss has earned a devoted following under the bright lights of Las Vegas and has championed the city’s reputation as an entertainment destination through his music, penning the hit song “Lovely Las Vegas.”
Goss’ press and accolades include: Brit Award Winner; Las Vegas Icon Award (2016); 2016 British Entertainer of the Year; Best Show of Wembley Arena (2016); and CBS Best Dressed Man.