Rocky In Gaming: Will Latest Sequel Bring A New Game? 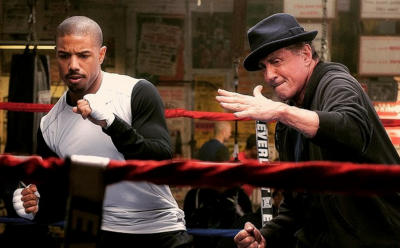 The Rocky series has proven to be one of the most enduring legacies in film, partly because the original movies are still counted among the best sports dramas of all time, and also because they’ve just kept making new ones. Sylvester Stallone has shown admirable commitment to the franchise, basically single-handedly allowing it to stay active for parts of nearly five decades. Counting the release of the original Rocky in 1976, there have been six films to date, the most recent being Rocky Balboa in 2006. And later this year, we’ll see a seventh when Creed, a film about Rocky training the son of his old rival, reaches theaters.

Creed is almost certain to be a popular film, whether or not it’s well received critically. The fact that new boxing films are made just about every year is testament to the fact that the public still enjoys them (even if the sport itself is essentially disappearing). In 2006, Rocky Balboa was criticized somewhat before its release due to some complaints that Stallone should just stop already. However, it received generally favorable reviews, and even made more than $150 million worldwide. Creed will look to build on that success, with Stallone sliding into a mentor role and Michael B. Jordan, one of the hottest up-and-coming actors in Hollywood, playing Apollo Creed’s son.

But film aside, gaming enthusiasts will be eyeing Creed with the question of whether or not it will bring about a new Rocky game. While the accompanying video games have not been as consistent or remarkable as the film series, Rocky has inspired a long history of gaming titles.

There were actually a couple of Rocky video games released back in the ’80s, not quite in accordance with the 1976 film but about as soon as gaming systems had the capability to support something more complex than pong or frogger. A 1983 ColecoVision game called Rocky Super Action Boxing was the first, and in 1987 the Sega Master System hosted a game simply titled Rocky. That game was pretty impressive for its time and allowed players to train the heroic fighter and take on his various famous opponents: Apollo Creed, Clubber Lang, and Ivan Drago.

Despite the release of Rocky V in 1990, the rest of the decade went without any new Rocky gaming releases, but in the 2000s there was something of a revival of the idea. In 2002, Ubisoft published a game, also titled just Rocky, that received great ratings and was available for Xbox, Gamecube, and Playstation 2. The game employed a fighting style and let players control any of the major boxers from the film series through a variety of multiplayer and single player tournament modes. Ubisoft made a follow-up called Rocky Legends in 2004, employing similar concepts and gameplay, though its reviews weren’t quite as strong.

The other more modern example is a Rocky Scratch casino game that’s still playable online. The game relies on chance (and real money gaming) rather than head-to-head fighter play, but it nevertheless utilizes the famous characters in an enjoyable way. Basically, you select an opponent on a scratch card for Rocky to take on, and if Rocky knocks him out you win a given prize. Like the others, the game relies on the first three Rocky films, giving it more of a retro vibe.

Now the question becomes whether or not the upcoming Creed film will inspire an entirely new Rocky-based video game. In recent years, we have seen an increased focus on training, improvement, and even coaching in gaming. In fighting and adventure genres, players always enjoy upgrading their characters, whether by purchasing new weapons, improving armor, etc., and in sports games in particular there’s a lot of emphasis on the idea that practice makes perfect. You can train players, learn new skills, and generally reach new heights to take on better competition. And perhaps all of this bodes well for a game that could be based on the concept of Rocky training a young fighter, as opposed to just jumping back into the ring against the same old opponents.

At this point, that’s still only an idea. But the history of Rocky in gaming is a little deeper than many might realize, and a well-designed game for new consoles, based on Creed, could be very exciting indeed.