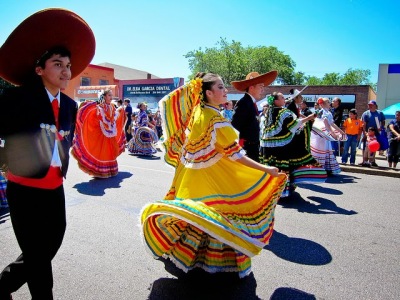 Cinco De Mayo is here and what better way to celebrate than with the activities listed below around Los Angeles, CA. Enjoy the festivities and sip on some tequila at these locations below.

If you’re looking for an excuse to drink tequila, you’re in luck: Cinco de Mayo is here. Here’s a list of restaurants and bars with $5 margaritas, taco specials and even a place with a tequila snow cone machine.
Read More at Los Angeles Times

May 5th marks the victory of the small Mexican army over the invading and much larger French force in the battle of Puebla. This great source of tremendous pride is celebrated with music and an abundance of food and drink. If you live in Los Angeles then you already know it’s something to look forward to. But there’s a lot more to Cinco de mayo than tacos and margaritas.
Read More at CBS Los Angeles

Formerly an editor at Demand Media, writer at Citysearch, The Examiner and proofreader at The Los Angeles Daily News, Christy Buena decided to start Disarray Magazine because she missed writing what she wanted. From hiring writers, to contacting publicists and making assignments, Christy is responsible for the editorial strategy of DisarrayMAG. Get to know the team of talented contributors.