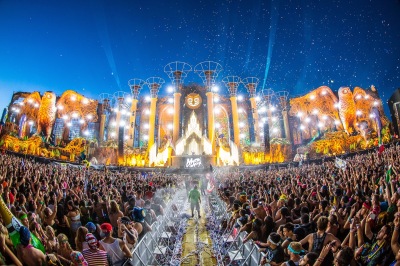 EDC welcomed a sold-out crowd of 400,000 smiling faces during three nights of love, music, art and community. Fans from 40 countries and all 50 states came together to witness performances from over 200 of today’s most popular and underground EDM artists. 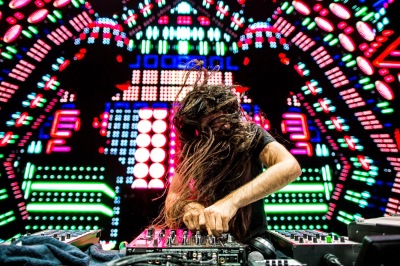 The circuitGROUNDS stage expanded to almost twice its size in length this year, breaking the record as the largest clear-span structure in the world. Measuring 400 feet long, the stage also featured more than 750 lighting fixtures and 10,500 square feet of video panels that descended from the stage’s dome ceiling. 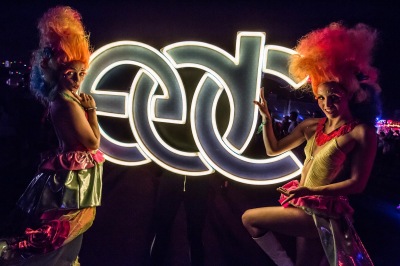 7UP brought the party to life with the dynamic and immersive experience at Stage 7. Fans experienced endless tracks from some of dance music’s hottest DJs, and were able to dance high above the crowds on an elevated catwalk.

Setting the scene for love and unity, approximately 70 legal weddings took place over the course of the three-day festival—more than five times the amount of weddings than last year. Couples stood beneath the specially crafted altars that featured a beautiful arrangement of vibrant daisies to share their vows.

EDC Vegas saw the return of many fan-favorite art cars, including the BoomBox, which welcomed performances from up-and-coming DJs and producers. Fans danced as they followed the mobile sound system throughout the festival grounds. The Mayan Warrior art car, making its first Las Vegas appearance after its debut at EDC Mexico, wowed fans throughout the grounds with fiery special effects and vivid LED lighting.

For the first time, Insomniac and Global Inheritance teamed up to create the TRASHed recycling store where fans could bring recyclable materials and earn points towards special merchandise. Each day, two fans that participated were randomly selected to be upgraded to VIP, and an additional two lucky attendees will receive tickets for next year’s festival. Global Inheritance is a creative, cause-based campaign that aims to educate individuals about the global issues that affect us all.

If the post-EDC blues are already setting in, be sure to relive the magic and catch a screening of the 3D documentary, Under the Electric Sky, as it hits select theaters in Los Angeles, San Diego, San Francisco, Las Vegas and Phoenix on Friday, June 27.