Mayer Hawthorne to Premiere Behind the Scenes Mini-Documentary 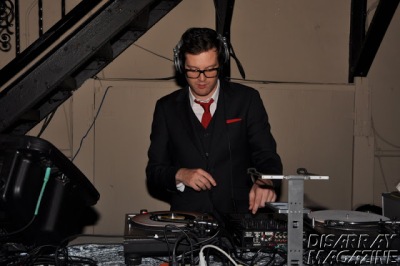 Mayer Hawthorne fans will be glad to know that he’s partnered up with Vibe.com to premiere “Making Of: A Mini Documentary on Mayer Hawthorne’s Where Does This Door Go? LP.”

The alternative soul leader offers viewers the most intimate glimpse into his creative process yet. While Hawthorne was in the midst of working on his second full-length for Republic Records, Where Does This Door Go, a camera crew captured the artist up-close-and-personal. The clip follows him as he constructs his critically acclaimed sophomore statement allowing everyone deep into the heart of the studio and the heart of the record. This is truly is Mayer Hawthorne like you’ve never seen him.

Recently, he also launched a new web site, “Mayer Hawthorne’s Picture Time” where fans have the opportunity to log on to this special new hub and tag themselves in live photos from the show they attended on his current Where Does This Go North American headline tour. Moreover, they can share their own pics and download photos of the singer, songwriter, and performer from the stage. It’s the best way to relive each date from this tour.

Right now, Hawthorne is headlining his Where Does This Go Tour with support on all dates from Quadron. Expect an unforgettable evening every night as he performs at intimate theaters and clubs across the country.

Check out our past coverage of Mayer Hawthorne:
Live Review: Mayer Hawthorne @ The Music Box
http://www.disarraymagazine.com/2010/11/live-review-mayer-hawthorne-music-box.html