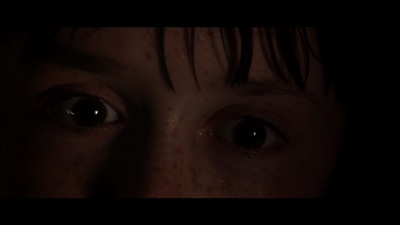 This week’s Filmmaker Spotlight focuses on writer and director Jonathan Ade, whose film was showcased at the AT&T center as part of NewFilmmakers Los Angeles. Learn about his film, ItsOkayItsOkay as he discusses  making the film, lessons he’s learned and where you can catch him next.

I’ve been working with my DP and creative partner Alexander Paul on the Meditations for the past three years. Each film takes us about a year to make, usually because we slowly accumulate the necessary resources and proper time to execute each project in-between our regular day jobs. That’s why it takes so long.

Too many people. The production couldn’t have come together if it wasn’t for the help of a number of really crucial folks, especially Henry Lange Jr. at Raising Hope and Mike Carter at Panavision. And of course, we have a tremendous support network of friends and family who have contributed financially to make this project happen. My parents are especially important in this regard.

On the production end of things, the film couldn’t have been made without the hard work of Cassandra Siemon, our production designer, who led a team to build three sets in five days. Her many sleepless nights were the only reason we were able to shoot in the first place.

How does it feel to have your film part of the NewFilmmakers Screening at AT&T Center?

Wonderful. Our previous Meditation, Supper, screened at NewFilmmakers almost a whole year ago, so it feels both like a tremendous homecoming and (hopefully) something of a tradition.

A number of things. Film, of course, but also a lot of long form non-fiction, poetry, theater, clowning. I’m currently enamored with a series of live events put on by Henry Hoke in Los Angeles, called Enter: Text, which is a kind of art installation meets literary reading, in which the participants find unique and intimate ways of engaging with the audience. It’s really made me think of the way a space changes your relationship to a work, no matter what that work happens to be.

The aesthetic of honesty runs deep in a filmmaker like Kelly Reichardt, the single most underappreciated filmmaker working today. Virtually everything I’ve tried to do in the last few years is, in one way or another, some loose, vain approximation of what she does expertly well. For similar reasons, the filmmaker Charles Burnett remains a solid foundation for what I admire about filmmaking, and Killer of Sheep remains my favorite movie.

Strangely, I think I’ve become influenced against my will by some of the work I’ve done as an editor. Through a matter of necessity, I’m frequently a video editor of promotional videos, sizzles, and trailers. And though I’ve downplayed the significance of working in this field (as I said before, it’s felt like a matter of necessity than a burning desire), I think fast-paced editing has sharpened my instinct for saying more with the bare minimum, at whatever pace.

I’ve learned that something that’s hard doesn’t get easier just because you’ve been at it a while. And occasionally, you’ve got to remind yourself why you’re doing this, and get centered and renewed. This is more important than hard work. It’s so easy to get lost, but when you spend a year or so working on a project, you need a lot of reminders along the way.

Going back to my answer about Enter: Text and thinking about spaces, I’d very much like to create a film for a particular kind of space. I’d like to work with an interior designer to create an installation of a small living space (think of the strange world of the IKEA showroom) and create a film to be exhibited only in that space. I think that would really interesting. Like a 1970s teenagers bedroom, and the film is a Super 8 projection on his ceiling. Viewers would have to lie in bed to see the movie.

Gosh, it’s always a tough slog. I wish I had a single experience to give you, but, unless you’ve been exposed to some awful traumatic event, in Los Angeles its usually not one thing. It’s a series of things, threatening to break you down every day: a thoughtless comment by a producer, a director chewing you out on set, an editing note that asks you to make a video “more better”, the general thoughtlessness of a few that makes you feel like thinking critically is an endangered mindset. Feeling alone. That’s what’s so tough. It’s easy to get isolated.

A fellow filmmaker, Julian Higgins, said that the pre-production, for a director, is not preparation to execute a plan so much as it is the cultivation of instinct. That’s stayed with me for a while. I may have even cited this last year. It’s a great mindset, an important distinction.

Read, be thoughtful, be serious, be daring. If you’re not taking a risk artistically, you’re simply not doing it right. You have a responsibility to stretch your medium.

We’re filming our next movie in June, so perhaps in a year’s time. More information at LayInWait.com.

Our next film, LayinWait.com, or find us on Facebook. We’re currently fundraising and could use all the help we could get! We’ve been working on that project for well over a year now.