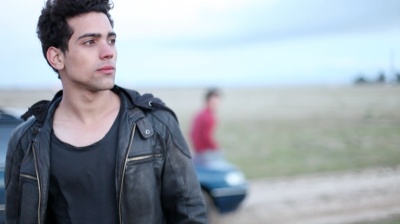 We recently caught up with actor Rafael Morais to discuss his directorial debut for the film, You Are the Blood. The film is part of NewFilmmakers Los Angeles and was screened at Sunset Gower Studios in Hollywood, CA.
Tell us a little bit about your project and how long you’ve been working on it.
The idea came while listening to the song, “You Are the Blood,” by Sufjan Stevens. While writing, I played the song over and over. I wanted to see what this song would create in me. It took me two months to write it and two months to shoot it.
Is there anyone you’d like to thank for helping out with this film?
Yes, but the list is too long to write it here.
How does it feel to have your film part of the NewFilmmakers Screening at Sunset Gower Studios?
You Are the Blood is my first experience as a director (I’m more into acting). It feels great to have my directorial debut screening here. 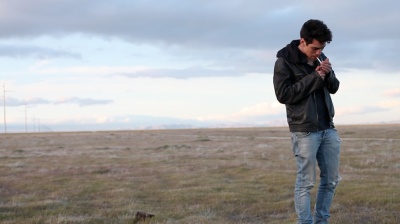 What inspires you?
Literally everything.
Who are your influences and who do you admire?
From Bergman, Cassavetes, Michael Haneke, Gus Van Sant, Terrence Malick, Lars Von Trier… I admire a lot of people..
What lessons have you learned from the industry so far?
Lessons? There are no lessons, no rules… It’s the jungle.
If you could collaborate with anybody, who would it be?
With some great director from 2088.
What is the toughest experience you’ve ever had to overcome?
That Los Angeles is nothing like in the movies, but everything like in the movies. 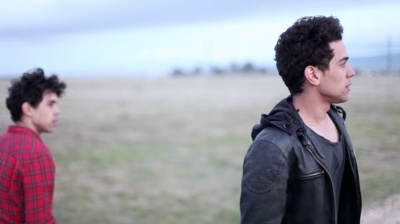 What is the best piece of advice someone has given to you?
When I met Juliette Binoche she told me: Whatever you do, do it because you want to do it.
What advice would you give to new filmmakers starting out in the industry?
Just do it. Don’t wait for the big money, don’t wait for the big cast, don’t wait for the big studio, just do it.
Where can we expect to see you next?
I’m mainly focusing on acting right now but I’m writing a feature film, which I hope to shoot sometime next year.
Let our readers know where they can find more information about you and your projects.
You can follow me on Twitter: http://twitter.com/#!/_rafaelmorais_
I also have a Facebook page
IMDB: http://www.imdb.com/name/nm2742329/ 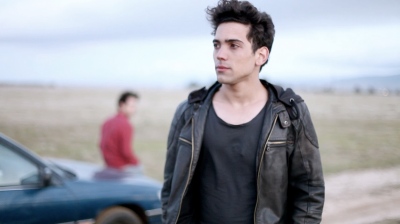 Want more info?
Visit the NewFilmmakers LA Official Website at www.NFMLA.org for more information on screenings, tickets and more.
About the Author

Formerly an editor at Demand Media, writer at Citysearch, The Examiner, LA Youth Newspaper and proofreader at The Los Angeles Daily News, Christy Buena decided to start Disarray Magazine because she missed writing what she wanted. From hiring writers, to contacting publicists and making assignments, Christy is responsible for the editorial strategy of Disarray Magazine. Get to know the team of talented contributors.
Questions, comments or suggestions?
Contact Christy@disarraymagazine.com
Follow Twitter.com/ChristyBuena