Grieves and Budo Sell Out The Troubadour for Together/Apart Tour

This week SoCal is in for a face-melting. No, I’m not talking about any apocalyptic End of Days scenario or some kind of sci-fi alien invasion. This week Grieves and Budo are rolling through town on the Together/Apart Tour to rock your faces off with shows in L.A., Santa Barbara, and SLO.

If you already know this then I am assuming you have your tickets and are preparing for the amazing live show that Grieves and Budo are known for. If you are unaware of the show going down at the Troubadour on Thursday and the Saturday show at the Velvet Jones on State Street in Santa Barbara then I have good news and bad news. Bad news is, the show in L.A. sold out already. The good news is, tickets are still available for the shows just a little further up the coast.

The L.A. sell out is no surprise. Well, a little bit of a surprise being that Grieves and Budo have been perpetual undercard players opening for headlining acts, but now have come in to their own. Grieves and Budo just finished their full-length schedule on the Warped Tour this summer and jumped right back in to a van to take it to your domes one more time this year.
Grieves and I go way back. OK, I’m not saying that we’re buddies. I, like every music fan, identify with the artist. Their music takes the journey through life with me. I find solace in some tracks and elation in others. Grieves goes all the way back to his first album, Irreversible, which I bought from him at the merch table after the concert at Berbati’s Pan in downtown Portland, OR for the Grayskul album release show of Bloody Radio. He opened for them and I was floored. I bought the album immediately, and he was nice enough to sign it for me. Since then I have introduced his tunes to good friends, had the opportunity to interview both him and Budo, and have seen him perform many times, each show better than the last.

Check out the Grieves and Budo interview on Project Poppycock conducted at the Warped Tour. 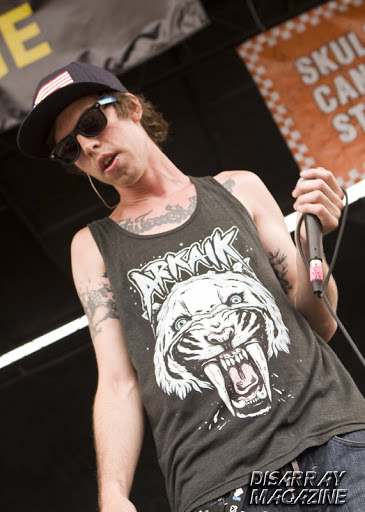 Grieves doesn’t look like your average rapper, because he’s not. He stands about six foot, is skinny as a toothpick, tattooed and pierced, and looks like he should really be the lead singer for a Black Flag cover band…or if Eddie Haskell needed a stunt double back in the day. His music is ever personal and constantly evolving with the help of Budo on the beats. Though, this is not the division of labor. Grieves works on beats, makes his own, and Budo has some writing chops of his own. The point is always to make music that they love and want to hear…and if a song isn’t coming out right, or Grieves can’t get his voice to do for the song what it needs to do quite yet, he’ll shelve it until he can…Heartbreak Hotel gathered dust until it found a home on the new album, Together/Apart.

I don’t want to sell his skills short, but it doesn’t hurt that he is part of the Rhymesayers Family. The hardcore fandom and family mentality of supporting those artists goes a long way to selling out a show in L.A. Grieves has got the chops and is one of my top five favorite rappers right now, and maybe ever, if he keeps dropping albums like his first few, but being listed with the likes of Atmosphere, Los Nativos, POS, and Brother Ali does not hurt his street cred.

Don’t think that it’s just the boys coming out. They are bringing jaw-dropping, rap talent with them. They have Prof and THE MC Type with them as well. Grieves and Type worked on a project called Illegitimate Children together while both in Seattle. Type is a fun rapper with tongue firmly planted in cheek, but raps hard and with a clever wit that plants him firmly as a can’t miss opener for the show. Hmmm, I wonder if he might jump on stage with Grieves for a song together; I’m gonna say, “duh.”
There is no missing this show. Well, there is “missing this show” if you didn’t get your tickets to the L.A. gig. But with shows in SB and SLO this coming Saturday and Sunday respectively, there is no reason you shouldn’t grab three friends, a full tank of gas, and drive up the SoCal coast for a sick rap show I promise you won’t get mad at.

Check out Grieves and Budo’s new album, Together/Apart on iTunes along with all of their other work. For more information go to Grieves on Facebook, follow on Twitter @grievesmusic and @budo, and always look to Rhymesayers.com for tour information and updates on everything Rhymesayers.

All photos by Wesley Bauman 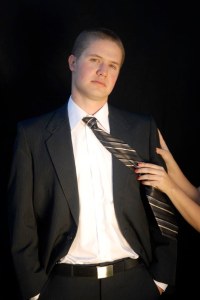 Wesley Bauman, author of Doggy Paddling in the Deep End, is a writer/photojournalist originally from Oregon who makes his home in Ventura, CA. He’s contributed to the VCReporter and maintains an active blog (http://projectpoppycock.com/) where he writes on political and social satire regularly. Follow Wesley on Twitter @myownfalseidol