When you combine sex appeal with seductive lyrics and smooth vocals, you’re bound to attract the attention of women everywhere. Los Angeles R&B singer/songwriter Johnny Michael is definitely one to watch (or swoon over). Combining his singing ability with B-boy moves, Johnny is making a name for himself and has already performed alongside mainstream artists including Bone Thugs and Harmony, Pit Bull, Danity Kane, Flo Rida and Baby Bash.

Get to know Johnny Michael:

In order to listen or view this content you will have to upgrade your version of Flash.

How long have you been singing and when did you decide to focus on your talent?
Well, basically it all started in high school when my best friend heard me singing in chemistry class and was like “Yo you gotta cool voice”… And at that time he was wanting to start a 4 part harmony singing group so that’s pretty much how it all began! I was already doing the whole dance crew thing at that time as well, so that’s when I knew that the entertainment biz was my calling!

Are there any artists you admire?
Yes! First and foremost “PRINCE” Who is a musical “G” and Genius! He’s really inspiring from a musical and spiritual perspective when he delivers.

Also, I really like keeping up with Akon, not just for his musical talent but also for his strategy on how he runs Konvict Records and he always stays fresh in the game!

What separates your sound from other R&B artists?
Well for one it’s “my sound”. I mean my voice and my lyrics written…also I put a lot of heart and time into every piece that is written! I will listen to the same song a million times over and sing it to where it sounds and feels right to me!

What are some of your overall musical goals?
The ultimate goal is to be able to touch lives through the music in a positive way. Even if I cant change the world maybe I can help change someone’s state of mind that
might not be feeling that great and in turn they will spread that goodness to the next !

What was it like opening up for Bone Thugs and Harmony, Pit Bull, Danity Kane, Flo Rida and Baby Bash?
They were all very cool experiences and learning experiences! Bone Thugs is pretty much my favorite rap group of all times so that was an honor. What’s cool is you get to see everyone on their hustle and just living that entertainer’s lifestyle backstage ya know…

Did you learn anything thing from the artists you’ve worked with?
Yes I sure have. I learned that you always stay on your grind and consistently have to keep creating and pushing forward to stay relevant in the music game!

What’s the best piece of advice someone’s given you?
Hmm good question. “Follow your heart. ” If you’re feeling something and you’re excited and passionate about what you do, then that’s when your living life to its fullest potential! Vice versa If you ain’t feeling something then don’t do it…Simple as that… I’m a very spiritual person so I try and vibe everything out and follow that positive flow!

What was the hardest obstacle you’ve had to overcome?
I think just living in L.A. and juggling everyday life and my career as an artist has always been a challenge…Also staying on top of everything and finding that inner strength
to push forward when things aren’t going as expected!

So, we know you sing and have a clothing company. Do you do dabble in anything else?
Well actually yes I also do a bit of Co-hosting for TV shows and I have dabbled in some modeling and acting as well…So pretty much everything pertaining to the entertainment biz I do. 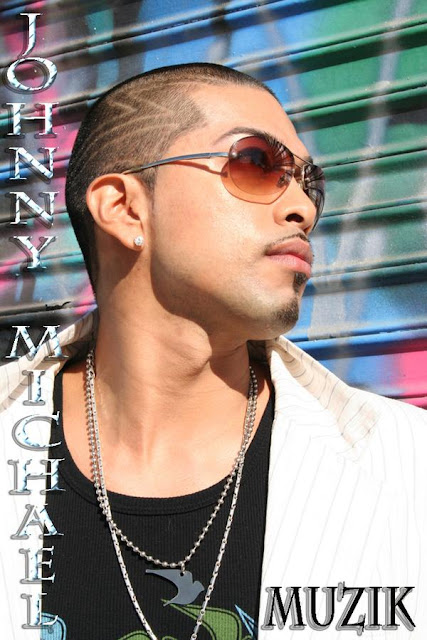 Can you tell us about your latest project and who you’ve been collaborating with?
Actually, I just recently dropped a single with Latin icon “MC Magic” called “On the Under,” and I am currently looking to release the single called “Fast Girl” featuring Qwess from 50/50 Konvict Records and is produced by Lance Jones & DJ RICKONE together known as “Aristotrax” . Then, later this year I am looking to release the full album titled LOVER & FIGHTER, which is featuring Da Funkyard, J Smooth, Da Problem, Roscoe Umali, Keak Da Sneak and many more…. 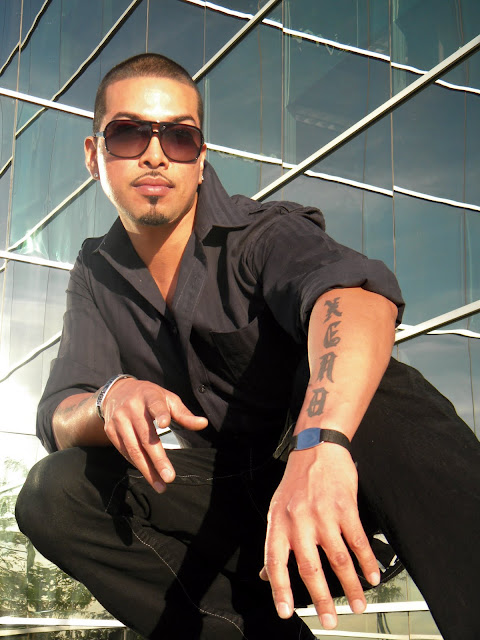 Yes a big Thank You to Christy & Disarray Magazine for the interview and a quick shout out to the following:
My homie GOD !
Lance Jones , Da Funkyard, DJ R1CKONE, Derek Akira , Dezi aka Chivstarr , my homegirl FAB, N2Music, Reflectionz photography, Double R, Mista Briggz , Suzy R., The entire 559 for holdin it down! Kool Boy of the West Coast Pop Lockerz , Seriez, Lee Richmond of Jazzy Mgmt. , Imfamous Beats, Octavius Miller, Ben Enfield , my Texas & Bay area fam bam! And to all the JM Supporters I send a sincere THANK YOU!!!

Where can we find more information about you?

Formerly an editor and writer at Citysearch, The Examiner, LA Youth Newspaper and proofreader at The Los Angeles Daily News, Christy Buena decided to start Disarray Magazine because she missed writing what she wanted. From hiring writers, to contacting publicists and making assignments, Christy is responsible for the editorial strategy of Disarray Magazine.
Questions, comments or suggestions? Contact Christy@disarraymagazine.com
Twitter.com/ChristyBuena