It was 8:10 at the Hollywood Palladium on Jan 27, when the lights dimmed. Chuck Ragan made his way on stage with Jon Gaunt and Joe Ginsberg. Onstage, a collection of instruments consisting of an acoustic guitar, harmonica, violin and a cello were all on display. The crowd didn’t know what to expect. As the apprehensive applause begun, so did the set. Ragan advised the crowd, “There are tons of beautiful people here tonight! There are some on stage that you’ll never see, so give it up for all the workers!”

As the crowd applauded, the band went into the last song of the night. The band members showed the crowd how you make instruments like the cello and violin acceptable at a rock concert by the way they acted. At the finish of the last song, Ragan ended with, “Take care of yourself, and take care of each other!” The crowd cheered once more for the band, as the lights brighten.

Chuck Ragan and his band, did great as they opened a small but exciting 30 minute set. By now, the crowd was really pumped and some even realized they actually liked Folk Rock.

After five minutes of waiting for an encore by Ragan, the crowd dispersed and the crew started to set up for The Aggrolites. Many went outside to get air on the balcony, some to get beer, but most stayed put. It was 8:51pm when the lights darkened and a stampede of people made their way back to the pit.
https://picasaweb.google.com/s/c/bin/slideshow.swf

Sound check for Social Distortion started at 9:45, which triggered the chanting of the crowd, “Social D! Social D! Social D!” The crowd chanted for a good 2 minutes. It was 10:02 when the stage darkened. As someone peeked through a curtain, which gave off lighting, the crowd chanted again. The lights brightened and Social Distortion took the stage one by one.

Singer, Mike Ness had a contempt countenance as he went to the edge of the stage and looked into the crowd of fans with Social Distortion shirts and fists in the air. He wore a suit and tie with suspenders and a hat. They opened with “Road Zombie” off their latest album, “Hard Times and Nursery Rhymes” and by only the second song, the first crowd surfer was spotted. There would be many more to come throughout the rest of the night. After their 6th song “Sick Boy” Ness let the crowd know, “We’re just getting warmed up! Is it Thursday? Is there anyone getting up for work tomorrow?” As the crowd replied with moans, Ness said, “That’s bull shit. I say take a week off!” The crowd cheered in agreement and Ness went into, “One of My Favorite Songs.” 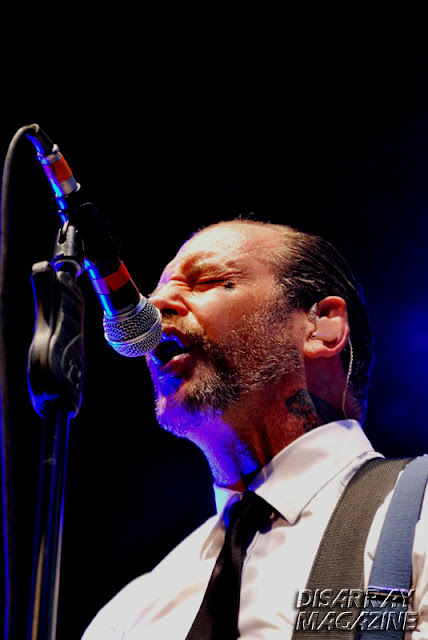 They played “Machine Gun Blues” off the new album as crowd chanted the chorus. “And I’m already gone, I’ve left a pool of blood and sorrow, I’ve got the machine gun blues.”

Mike Ness and his fellow band mates owned the stage by constantly moving around. They made an effort to get as close to the side of the stage to look at the crowd, which consisted of fans moshing and singing. 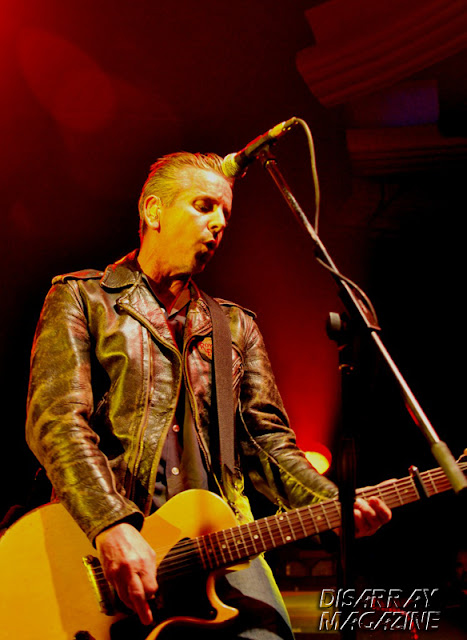 After “Making Believe,” a Jimmy Work cover, the band left the stage and the lights darken. The Palladium turned quite. There was guitar playing intermittently in the background and soon the band members made their way back on stage. They played three more encore songs and Ness said, “This song is the story……..”

“Story of my life!” The crowd finished Ness’s sentence.
“This is the story of all our lives” Ness added.
They went into “Story of my Life” and finish the set thanking the crowd as they relentlessly begged for more. 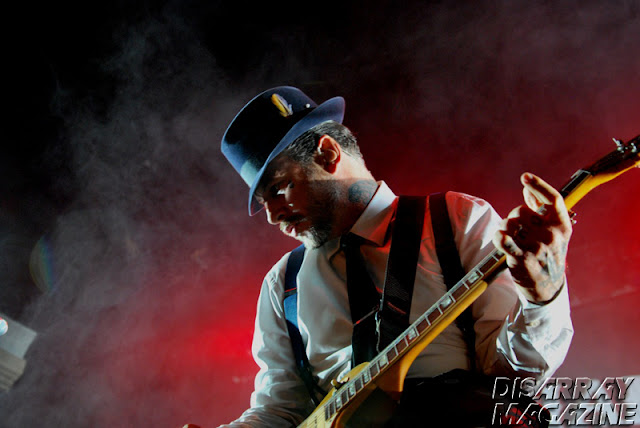 As the band departed the stage, they handed out pictures to fans. Eventually, the crowd began making their way to the merchandise table, to buy Social D shirts as well as merchandise from the two opening groups.

With a mix of genres at the show from Folk Rock, to reggae, to punk rock, the crowd got what they bargained for and a lot more. Throughout the performances fans moshed together and all the performances exceeded expectations.
All photos by Nicole Lemberg 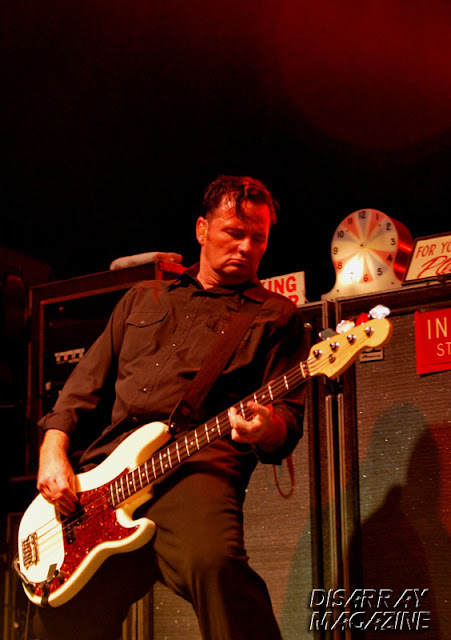 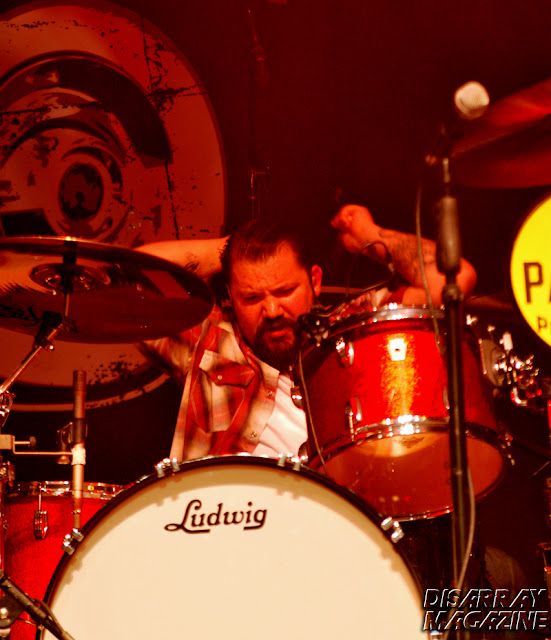 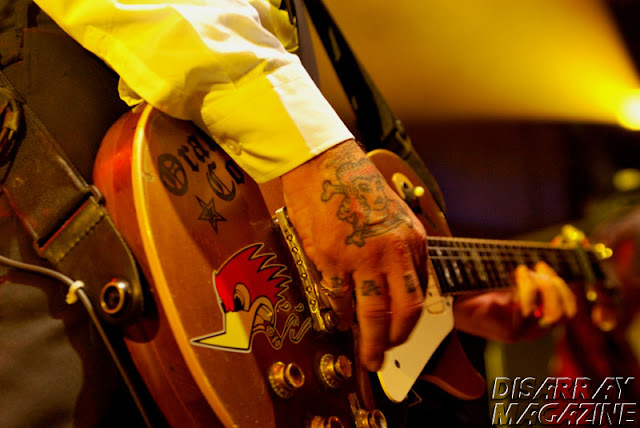 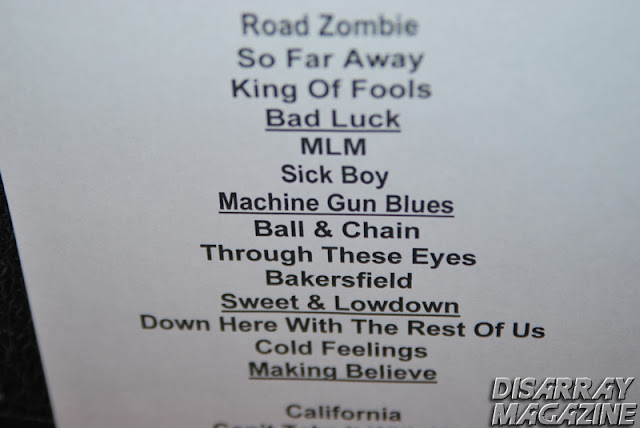 All photos by Nicole Lemberg

Nicole Lemberg is a teen concert photographer, reviewer, and band interviewer. She recently started her own website Soundcheck411.com and her work has been published on numerous music related sites. She is a point and shooting guard on her high school basketball team. In her free time Nicole goes to concerts and hangs out with friends.