Connie Lim has a voice to be reckoned with. She can also play a mean keyboard. Lim performed at the Viper Room Saturday night and the words, “Powerful Vocals,” summed up her entire show. The night was a celebration for Lim as she opened her set with the premiere of her music video for “Sugar.” If you haven’t heard Connie Lim, she’s got elements of our favorite female vocalists including Sarah McLachlan, Natalie Merchant with hints of Cranberries’ Delores O’Riorden. The creative artist and her talented band offered a fun and welcoming vibe Saturday night. Lim and her band encouraged the audience to give each other hugs and sing along to their songs. 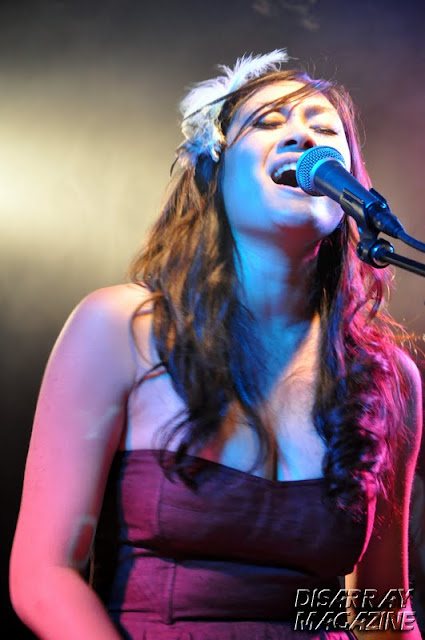 Concert-goers who’ve never seen a live show by Lim could tell from the “Sugar” music video that they were in for an artistic treat. Ballet dancers, spilled paint and interesting makeup created a visually appealing artistic experience. See the video below:

Lim connected with her audience by giving a brief explanation before songs. At one point, she told the crowd about the time she was hit and run and then robbed shortly after. Learning from the experience, she gave some useful advice based on the unfortunate events, “Don’t worry when you’re rolling in the bad shit. It will get better,” Lim said. 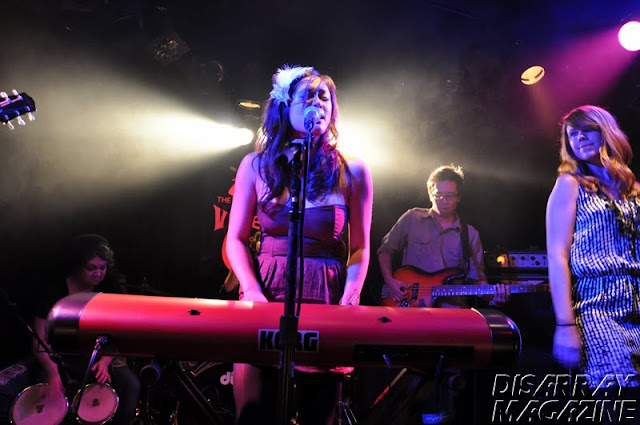 Crowd participation was definitely in order during the song, “Walk On,” where attendees sang, “Let them, let them” when directed by Lim. Here’s a song sample:

Another notable song performed was “Before I Know.” Lim and band played this song at the Graffiti Beach event a month ago, which got the audience pumped. Check out our footage from the Viper Room:

During the song, “Morning,” strong vocals coupled with amazing harmonies created a song that everyone could sing along to. Want more Connie Lim coverage?

Were you at this event? What’d you think? Let us know in the comments section!

Formerly an editor and writer at Citysearch, The Examiner, LA Youth Newspaper and proofreader at The Los Angeles Daily News, Christy Buena decided to start Disarray Magazine because she missed writing what she wanted. From hiring writers, to contacting publicists and making assignments, Christy is responsible for the editorial strategy of Disarray Magazine.
Questions, comments or suggestions? Contact Christy@disarraymagazine.com
Twitter.com/ChristyBuena